For the 38th International Classic MotorCycle show an exclusive room has been given to the Vintage Motor Cycle Club (VMCC), a room previously used for the restoration demonstrations. In the room there is a theme to mark the achievements of Len Hubert Vale-Onslow, who, with his brother designed the S-O-S motor cycle frame at their garage in Hallow, Worcestershire. Gathered together for your delight are some nine or more examples, including the seldom seen ‘LENA’, a sprinter built by Len in the very late 1920’s, successfully sprinted, and repainted at the turn of this century, a collaboration of Len Vale-Onslow and Reg Kelly who were the best of friends.

On display is part of the Reg Kelly S-O-S collection now cared for by his daughter Tracy, who is also showing her OK Supreme formal raced by Len Vale-Onslow.

As well as the 1937 S-O-S 250cc Club DW owned by Steve Gollings (Villiers Services) awarded the ‘most original machine’ last year at this very show.

Pete March will display a 1931 Francis Barnett 197cc ‘Black Hawk.’ A bike Pete rode to Brighton in little under 12 hours, including a major breakdown, in the VMCC Coventry to Brighton trial 2015. Together with a 1948 Francis Barnett 125cc ‘Merlin’, a bike that spent 60 years in a Scottish transport museum, recommissioned 2012. Plus the S-O-S Villiers Len Vale-Onslow Special Sprinter.

Keith Waring will display a 1927 Triumph Type N 4.9 horse power, in the 2017 Banbury Run, Keith was awarded a gold medal and trophy.

The VMCC raffle first prize 1955 Triumph T110 will be on display, along with the clubs Brough and the Dreadnought. 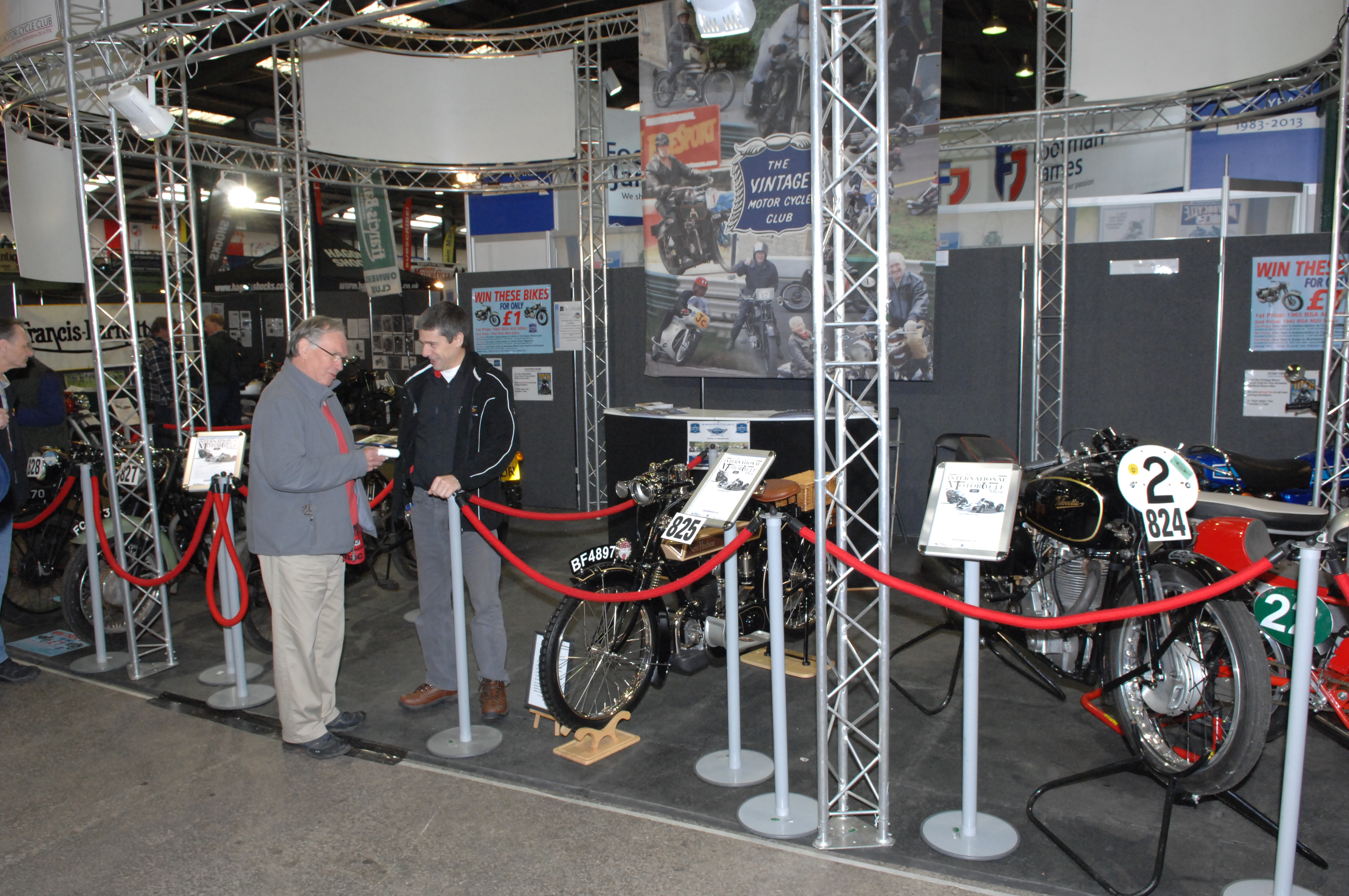