One of the many highlights has to be the Competition Hall located just next to the Live Start-up Area. This April sees the return of bike enthusiast, engineer, off-road nut, crowd favourite and thankfully our compere for the weekend, John McCrink.

Inside and on stage McCrink will be hosting and grilling guest of honour Stuart Graham, son of 1949 motorcycle world champ Leslie Graham and a legend in his own right. Stuart started racing in 1961 on a 125cc Honda, followed by Aermacchis and Bultacos, later selling his shares in a garage to go racing full-time with an AJS 7R and a Matchless G50. His best season was 1967, riding the now uber-rare factory Suzuki 125cc GP race bike, code name RT67. You can find that bike on the official Suzuki stand SO5 near the Spitfire and Hurricane planes in the 1940s Hall! He’ll also be talking to Alan Whitehead, founder of the Stafford Classic Bike Show, and to Neil Brialsford  about the late, the great and much missed Colin Seeley.

Among a slew of classic racing machines crammed into the Competition Hall, we’ll have bikes spanning a hundred years of motorcycling. Classic bikes from the world of motocross, trials, road race, enduro and grass track will all be represented, most of which are still ridden in anger. Don’t worry, there are always a few trailer queens among these well-used machines, showing off the craftsmanship and care that we enthusiasts lavish on our bikes. Make no mistake, this hall is for proper racing fans!

Outside, McCrink will host a trials demonstration led by the Owd Codgers Trials Club. Old they are, codgers they may be, but these boys can still ride a bike! 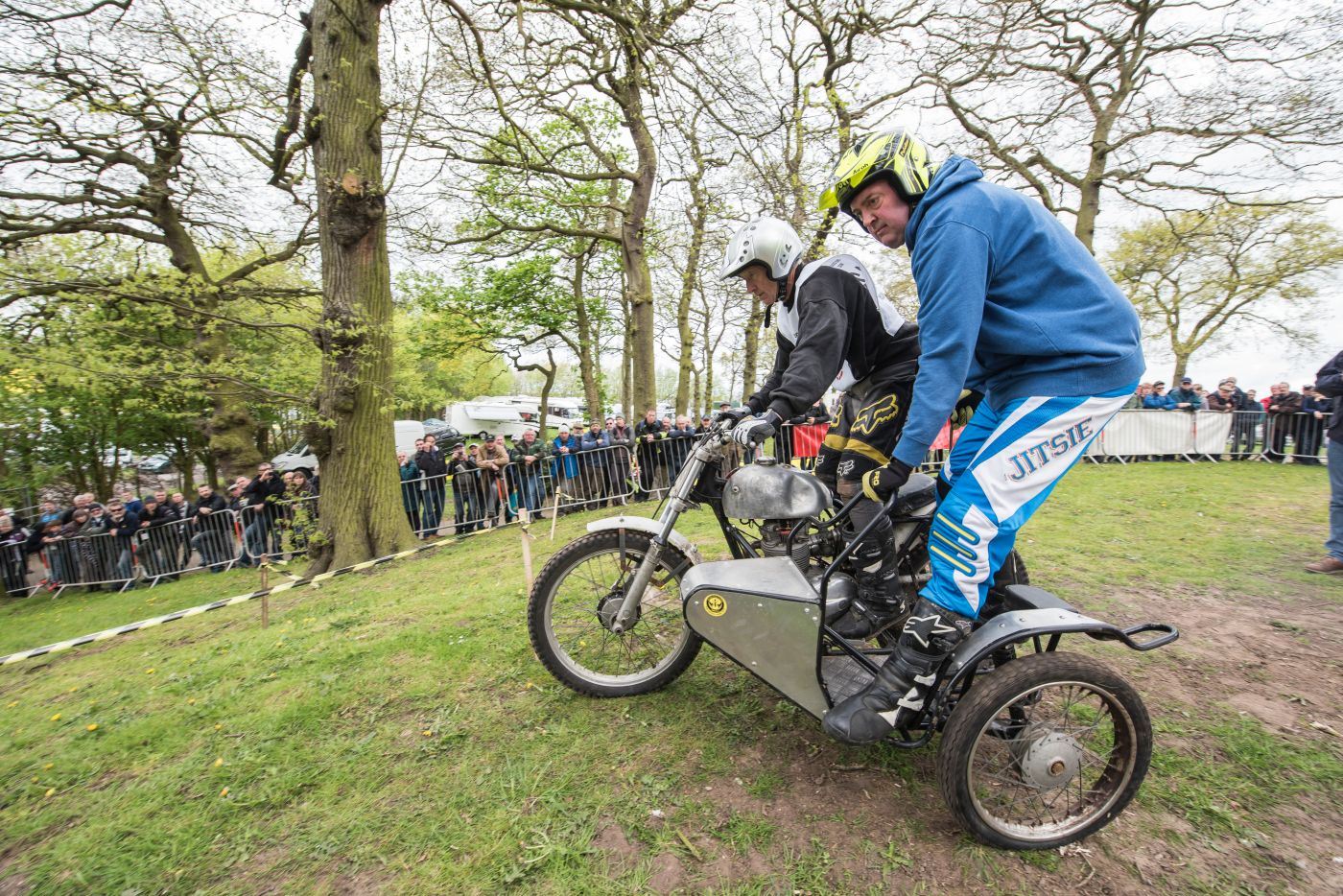 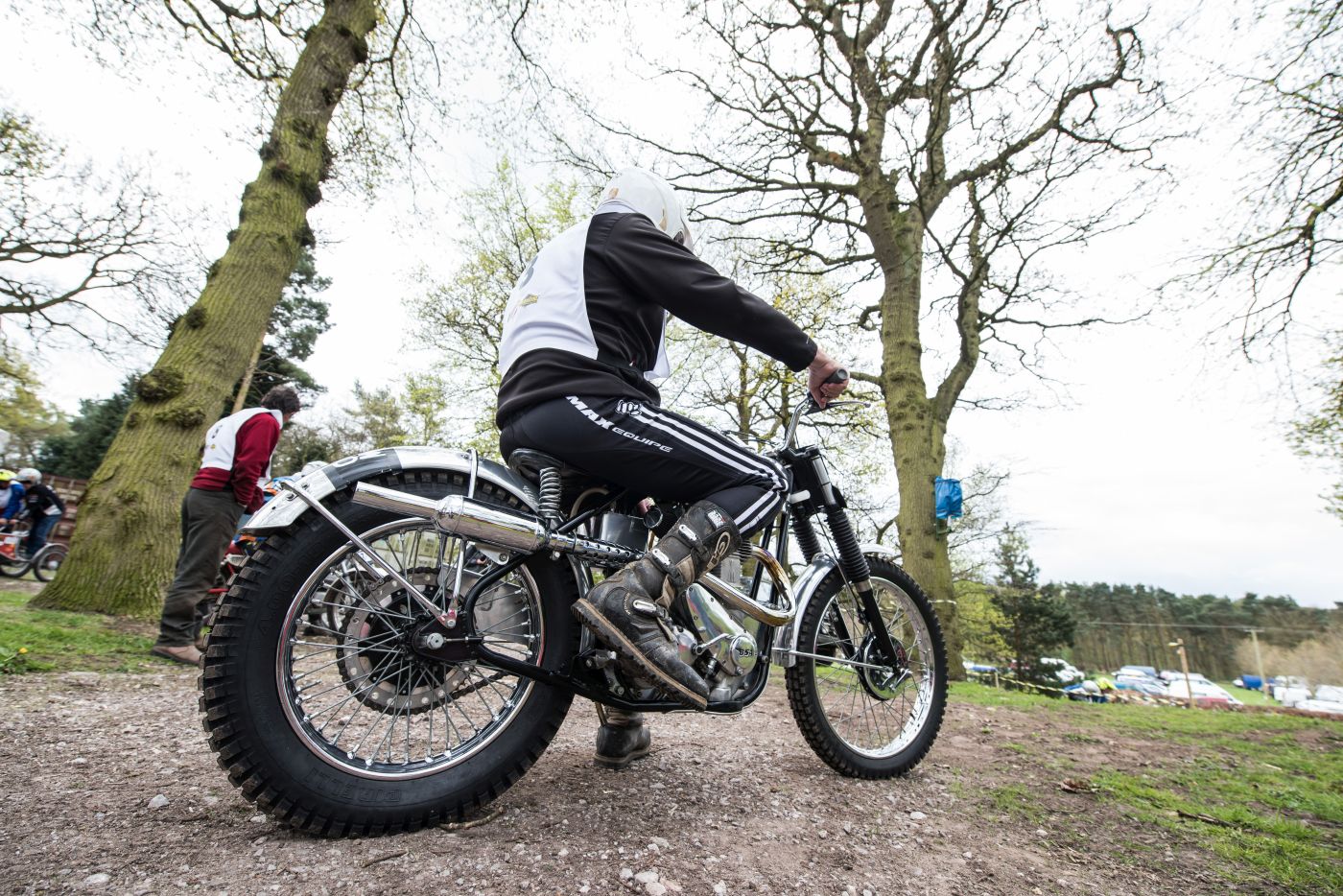 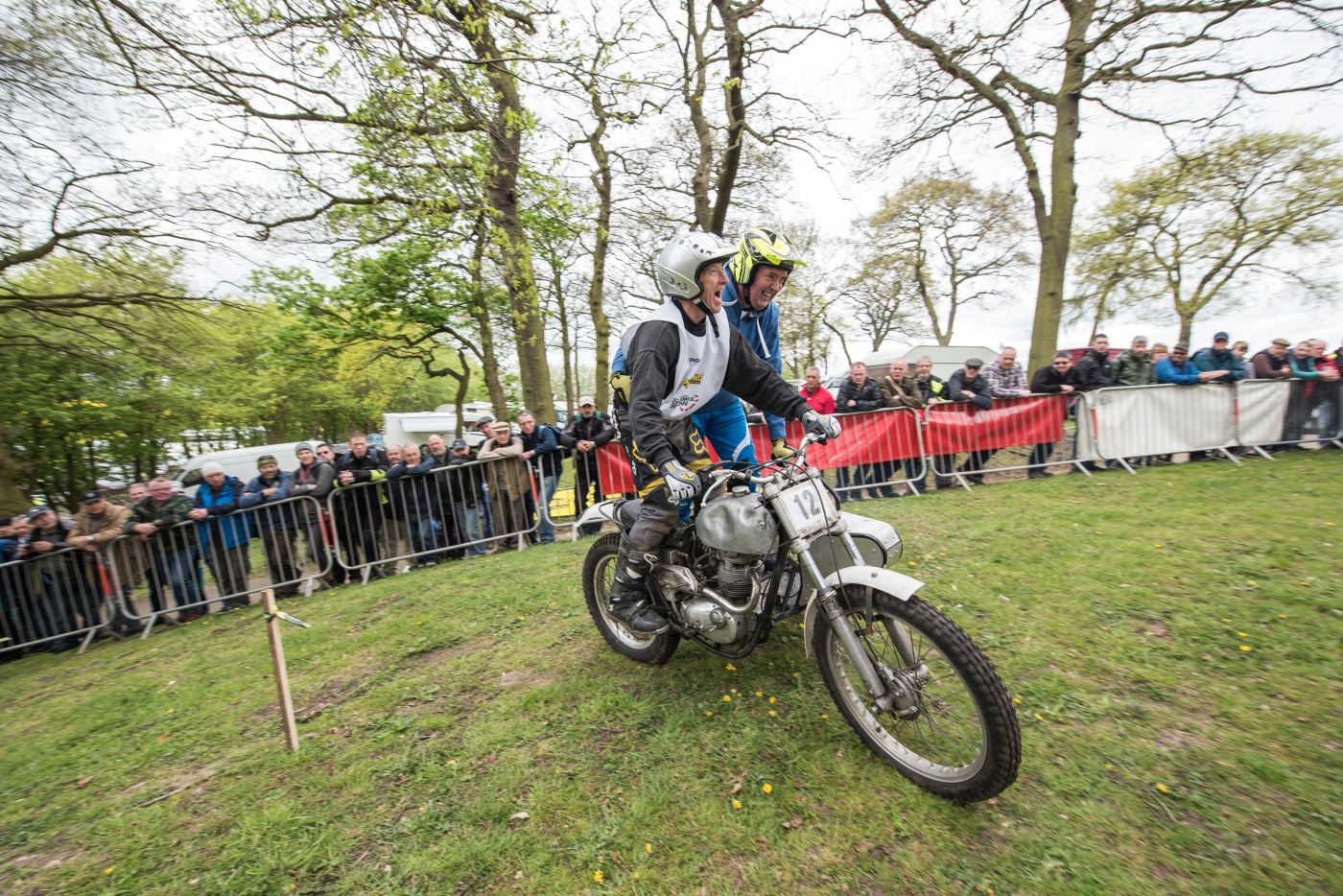 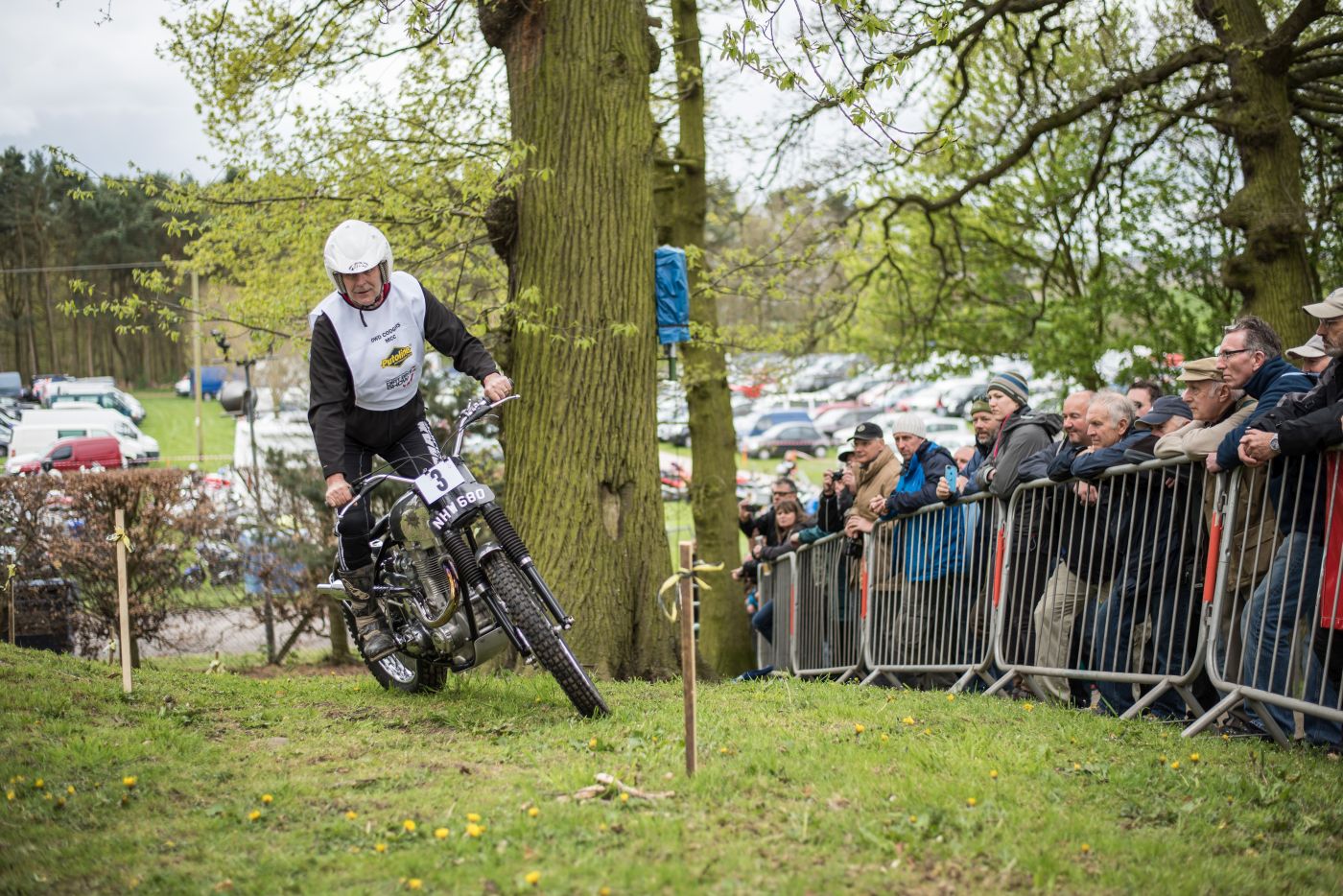 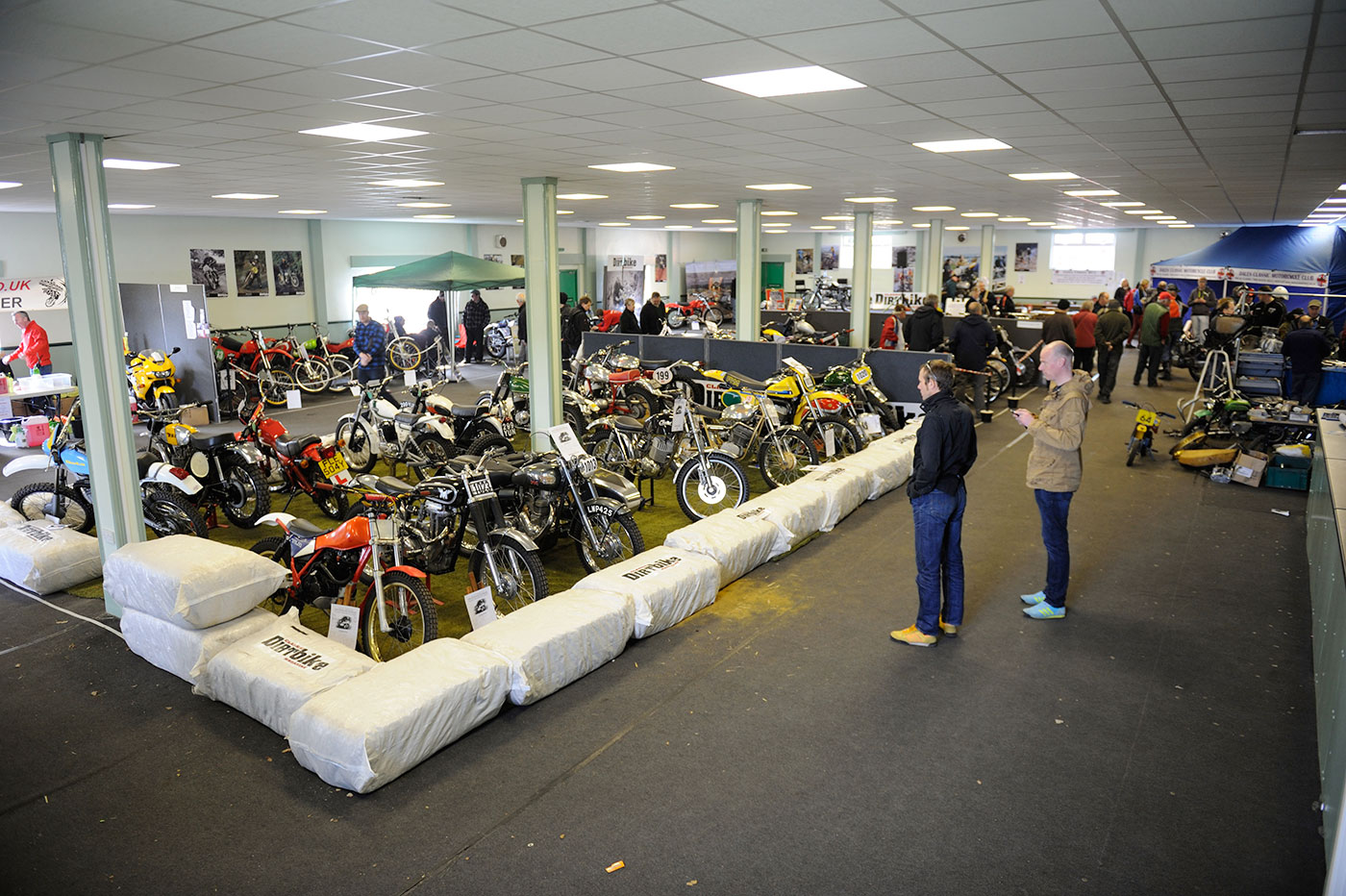