This year the two-day mega Autumn features an extraordinary collection of 31 Speedway Motorcycles, reflecting the glory years of a sport, once the second most popular in the UK.

The Forshaw Speedway Collection represents 60 years of speedway history from its beginnings in the 1920s. Led by an exemplary pre-war American duo of a Crocker and an Indian, the collection also includes European solo-style motorcycles, representing great marques such as BSA, Douglas, Norton and Rudge. They are offered with associated memorabilia, including six engines and an extensive selection of race jackets. Having been displayed at the prestigious Haynes Motor Museum for the past 25 years, the collection is now offered with a total high estimate of more than £500,000.

The auction starts at 10am on both days with viewing beforehand and during each day. Access to the auction is with a catalogue which you can buy beforehand or on the day. Just visit www.bonhams.com and head over to the motorcycle section.

There really will be something for everyone, just take a look at these three unique and incredible bikes for sale at the auction

Like Sunbeam, the British New Hudson Cycle Company was noted for building high-quality motorcycles, the result of the work of the leading engineer Herbert ‘Bert’ Le Vack, designer of the celebrated J.A.P. Speedway engine, which powered New Hudson machines such as this example.

The motorcycle is offered as a barn-find direct from 70 years’ single-family ownership from the descendants of Brooklands racer Angus-Maitland who campaigned at the celebrated British circuit before the First World War. He was also one of the founders of the Trump Motorcycle Company, noted for its formidable Trump-Jap ‘90 Bore’ Veteran racer, whose racing team was later sponsored by the Duke of York. Estimated at £3,000 – £5,000

The two-owner from new 1928 example offered is one of the rarest of its type, as one of the last ‘flat tankers’ before Sunbeam adopted the more popular saddle tank, and offered a unique lubrication system. Just 19 Model 9 Sunbeams of this type are recorded with the VMCC register.

Purchased new by Walter Stoney, a Sergeant flight mechanic with 101 Squadron, this Sunbeam supported its owner’s war service in the RAF, carrying him from the RAF base in Norfolk to his home in Hetton, North Yorkshire, with a regular pit stop at Leeds Railway Station for a ‘pot of tea’ in the winter months. He rode the motorcycle for more than 60 years until his death.

Its subsequent keeper was friend fellow Yorkshireman Ken Ellwood, and RAF pilot who purchased it in 1987 when Walter died and restored it to its former glory some 13 years later, even though he did not have a motorcycle licence and preferred to fly his Tiger Moth aeroplane. It is now offered by the Ellwood family after 35 years, with an estimate of £10,000 – 12,000

It is believed that no more than 30 – 40 single-cylinder bikes were produced, including this 1934 example, known as the ‘Red’ Rice Crocker after its original rider, which Richard acquired in a swap for a Brough-Superior in 1996. It has been described as the ‘most original known as it still has the correct Crocker tank, frame, etc.’ The motorcycle is totally original except for the seat which was replaced by Rice and so has become part of its history. Estimated at £100,000 – £150,000

The Bonhams auction at Stafford is always part of the weekend’s highlights. Offering all manner of different machines for sale, catering to all budgets and tastes, and ranging from barn-find projects to museum-worthy bikes of glory, there really is something that will capture the interest of everyone. With bidders joining the auction room from around the world both in person and via the power of the internet, there is always a buzz in the room…apart from a few breath-taking moments that is!

*Entry to the Bonhams auction requires the purchase of a Bonhams Stafford Autumn Sale catalogue in addition to day ticket(s) to the Classic Motorcycle Mechanics Show. 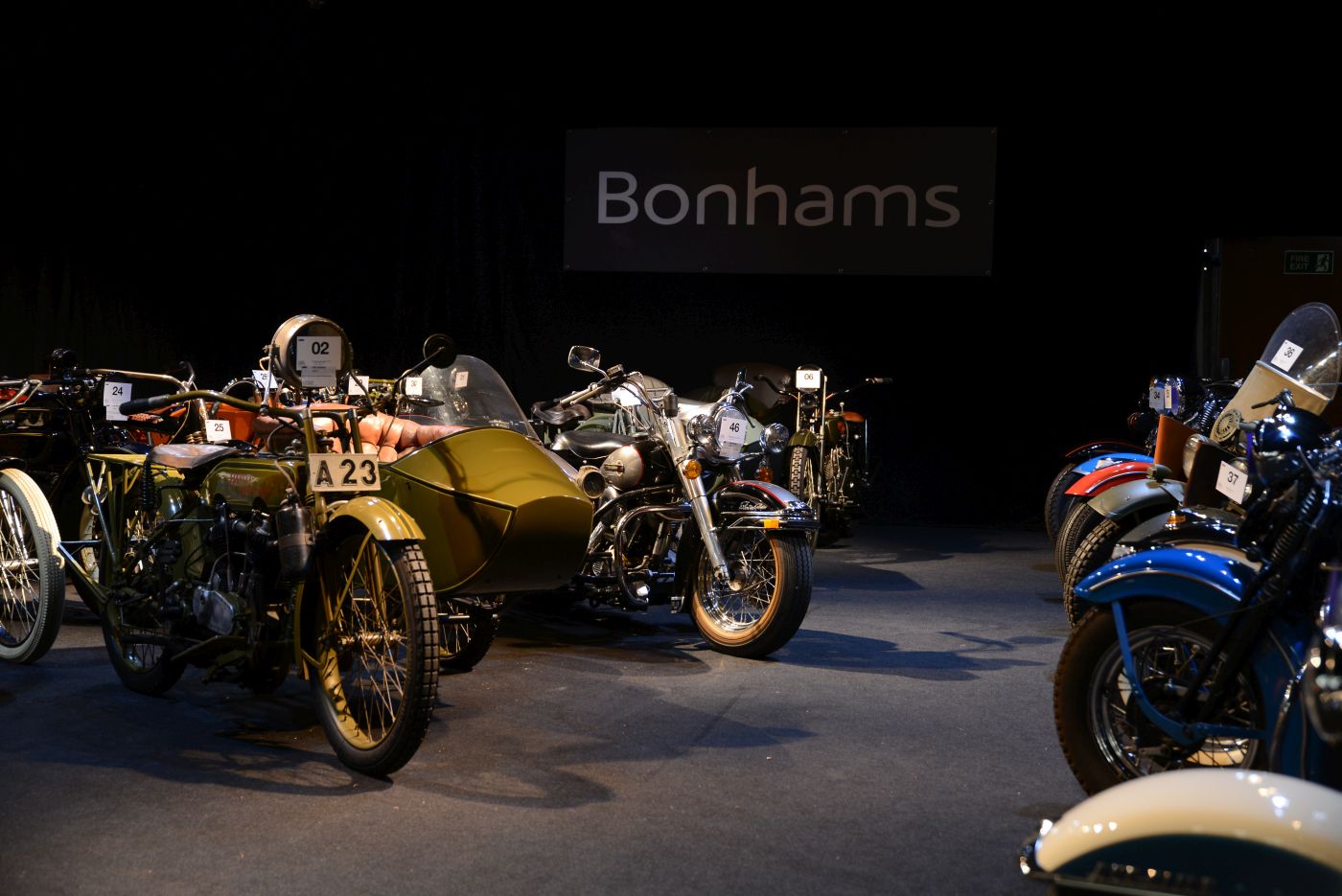 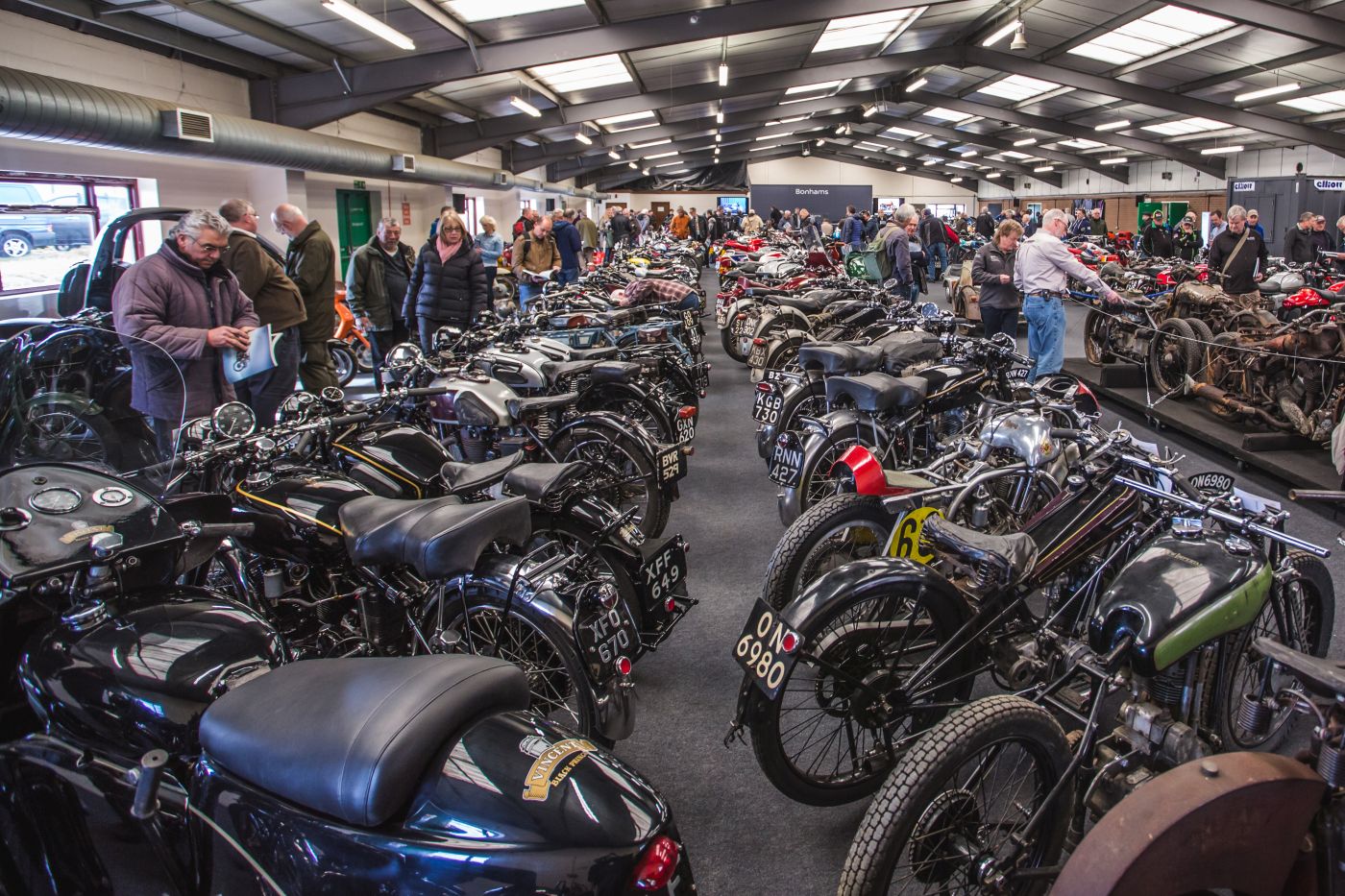