On Sunday 14 October at its Autumn Stafford Sale, Bonhams will offer several of the world’s most iconic superbikes of the modern age including a 1993 Honda NR750 with less than 1,500km from new and a 2017 Kawasaki H2R Ninja Racing Motorcycle amongst various others.
The Willowbrook Collection, comprised of more than 80 important machines, is joining the already impressive 400 lot line-up of the two-day Autumn Stafford Sale. Many machines – including the majority of the Willowbrook Collection – are to be offered without reserve. 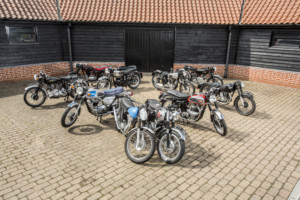 When the NR750 was released, Honda proclaimed: ‘There is no limit to the places a dream can carry you. All it takes is the determination to get there.’ This is demonstrated by the owner’s incredible resolve to source and curate this diverse collection of machines spanning more than 90 years of motorcycle production. 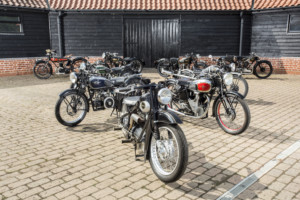 Other highlights of the collection include:

Further entries are invited, and it couldn’t be easier to consign. Simply email ukmotoryccles@bonhams.com or submit a Complimentary Auction Appraisal Request at www.bonhams.com/motorcycles